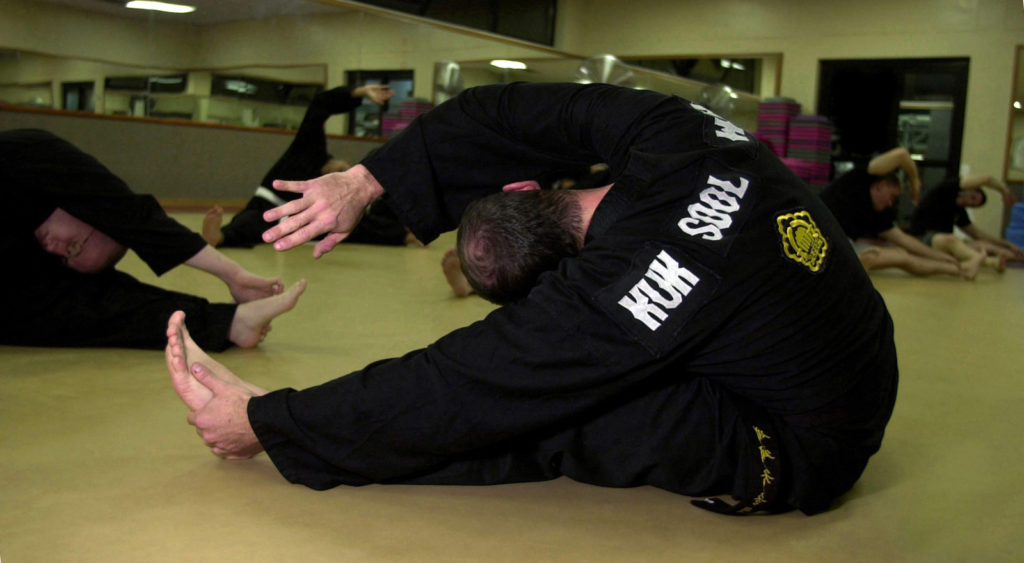 Sports like Brazilian Jiu Jitsu are incredible physically demanding. The body takes an increased amount of stress during a class, and during active rolling there is a large increase in the amount of movement and strain on the muscles. Stretching is an exercise that is always encouraged, but how many people practice active stretching regularly. It’s easy and can be done anywhere, but it is frequently one of those tasks that gets pushed to the side when other things come up. We all know that it’s beneficial to stretch but why?

With reference to injury reduction and prevention, stretching has had some inconsistent evidence to support its effectiveness before or after training, although it’s always pushed by coaches. In a study by Witvrouw et. al (2004) they outlined that the idea of stretching as a form of injury prevention comes down to the muscle fibres. Witvrouw et. al (2004) state that the compliance of a muscle tendon is reflective of its ability to function effectively. In the cases where there is low compliance, forces of energy are transferred elsewhere where the body cannot then absorb the force effectively. Compliant muscle fibres are better able to absorb the energy reducing trauma to the muscle fibres. When bringing this back to BJJ, the body is under high amounts of strain and by having ineffective, non-compliant muscle fibres, the body is not able to perform to the most optimum of levels. Stretching is a practice that should be incorporated into a regular practice, not a time filler before or after practice.

There are two different method of stretching: dynamic and static stretching. Static stretching is pulling the muscle and then holding the pull for around 30 to a minute (depending on what your doing). Dynamic stretching is using movement to move the muscle in a more purposeful way. According to Hugh et. al (2009) static stretching has been incorporated into stretching routines for it ability to increase the range of motion of a body. Hugh et. al (2009) goes on to say that Dynamic stretching can be shown to increase the power output of a muscle when being used in a fast response. For sports like Brazilian Jiu Jitsu it’s incredibly important to build a stretch routine that incorporates both of these methods in order to achieve the best results within active training.

Still confused of how to best begin a stretch routine? Did you know that every Sunday morning Grappling Education holds a class that is fully dedicated to stretching and increasing flexibility. If you want to know more you can send an email to info@grapplingeducation.com or check out our timetable.

See you on the mats!