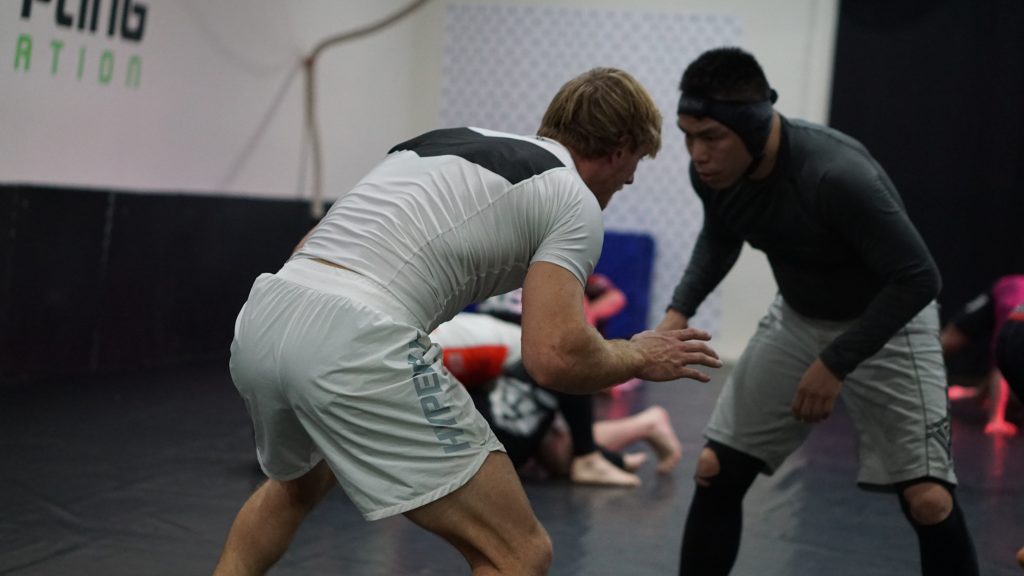 The Club and the competition ADCC World Submission Fighting Championships were the idea and creation of a UAE national Sheik Tahnoon Bin Zayed Al Nahyan, the son of then U.A.E. leader Sheik Zayed. who at the time was completing

his advanced studies in USA. In 1993 after watching the first U.F.C. Sheik Tahnoon the became a fan of MMA. Shortly after that he started studying

Brazilian Jiu-Jitsu in San Diego, California. Upon completing his studies, Sheik Tahnoon returned to the U.A.E. but his passion for Martial arts did not stop.

Sheik Tahnoon set out to create and build his vision of implementing Martial Arts not only in his native U.A.E. but also creating a standard for which all

To put his vision to reality Sheik Tahnoon developed and propelled a two fold plan; to implement the growth of Martial Arts in the U.A.E.

World class facility to minister their classes and to train top professional fighters. Soon the ADCC became the top facility for learning and training MMA in the Arab World.

The goals of Abu Dhabi Combat Club are to generally promote a healthy lifestyle by educating members in nutrition and to train people in all aspects of self defense,

which in turn builds self-confidence.

At Grappling Education we have No-Gi ADCC classes that follow the ADCC ruleset. ADCC grappling focuses heavily on submission, and utilises a vast range of

submissions that are not allowed in other rulesets, with particular emphasis on lower body submissions such as knee and foot locks.

For this reason, ADCC style grappling offers the grappler advanced, technical and invaluable knowledge to add to their game.